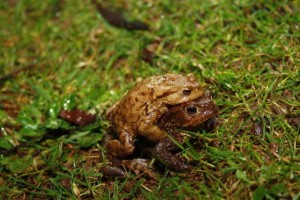 Only 495 toads were recorded making their annual migration this year. The record low number may, however, reflect that fact that they started their journey much earlier than usual and the volume of tadpoles in the ponds around Woodhill may support this theory.

Visitors to this site will know that every year towards the end of February around two to four thousand toads make their migration to mate and lay their spawn. To get to the ponds they have to cross Woodhill, Stroud and Madgehole Lanes which can get busy at rush hour. Many fall victim to passing cars, but the death rate is greatly reduced thanks to the work of Jan Larter and her team of volunteers from the Surrey Amphibian and Reptile Group – SARG who patrol the lanes, collect the migrating toads and take them safely across to the ponds.

2010 saw just under 4,000 collected, in 2011 this number dropped to 1,500 and last year just 950 were counted. This is causing concern that the numbers are dwindling and suggests that increasing amounts of toads are falling foul of the road.

The Weather plays a significant role as the toads tend not to move when the temperature is below 8c. During cold winters the migration can take place only when temperatures start to warm in March. The exceptionally warm, wet winter this year may have led to a much earlier start to the migration with volumes of toads making their crossing ahead of Jan’s team arriving in March to count them. There are two pieces of evidence to support this theory. Firstly Jan and her team noted a large number of toads making their return journey across the roads away from the ponds, which would suggest that they had already made it across, mated and laid their spawn. The second is that the ponds and lakes are now teaming with an unusually large number of tadpoles. It is hard to quantify the volume of tadpoles in the lakes but residents agree that it appears to be much more than has been seen in previous years. This could indicate that the toads made their migration in early February just missing the census. The 495 recorded either produced record amounts of spawn or the numbers making the migration where in fact much greater than the statistics suggest. 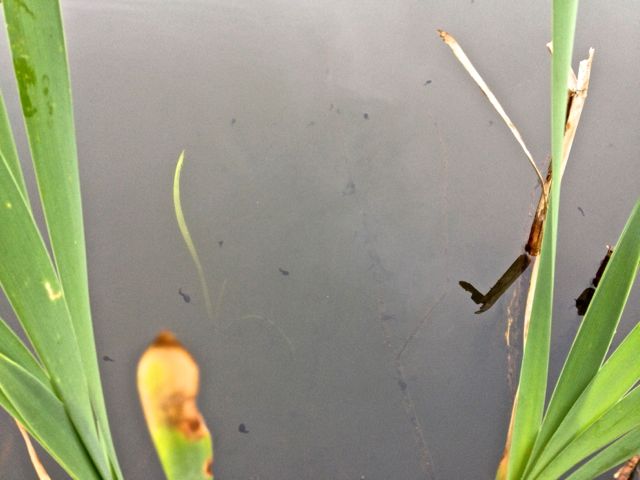 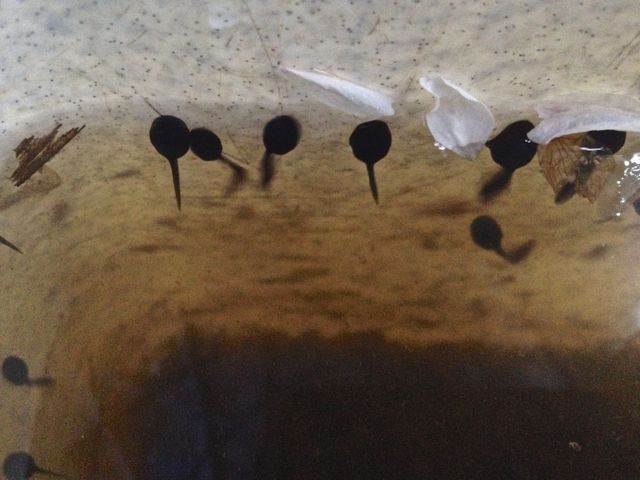